Buzludzha (Turkish: Buzluca – lit. meaning “glacially/icy“) is a historical peak in the Central Balkan Mountains, Bulgaria and is 1441 metres high (4728 ft.). In 1868 it was the place of the final battle between Bulgarianrebels led by Hadji Dimitar and Stefan Karadzha and the Ottoman Empire.

The Buzludzha Monument on the peak was built by the Bulgarian communist regime to commemorate the events in 1891 when the socialists led by Dimitar Blagoev assembled secretly in the area to form an organised socialist movement with the founding of the Bulgarian Social Democratic Party, a fore-runner of the Bulgarian Communist Party. The Monument was opened in 1981. No longer maintained by the Bulgarian government, it has fallen into disuse. 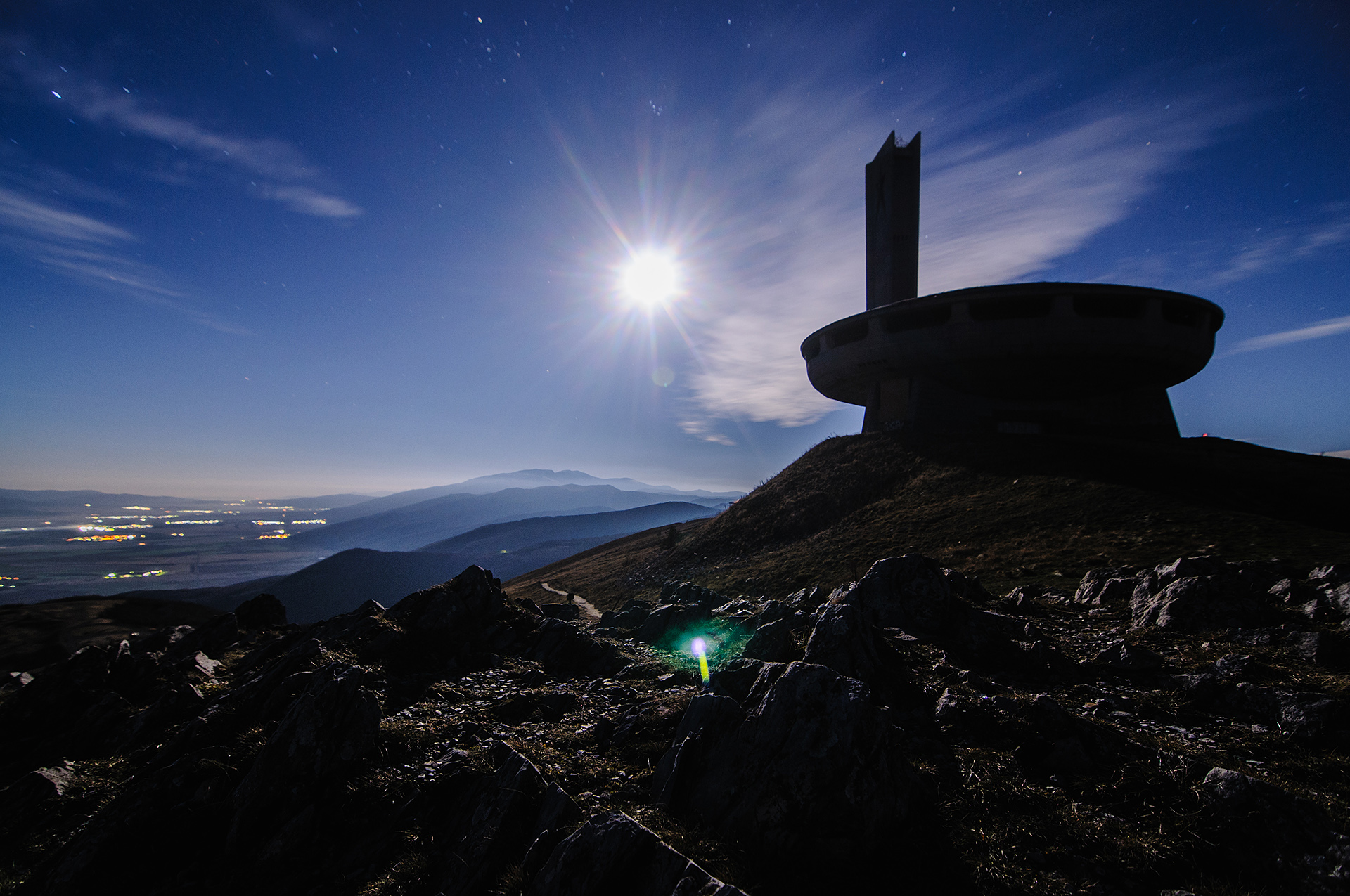 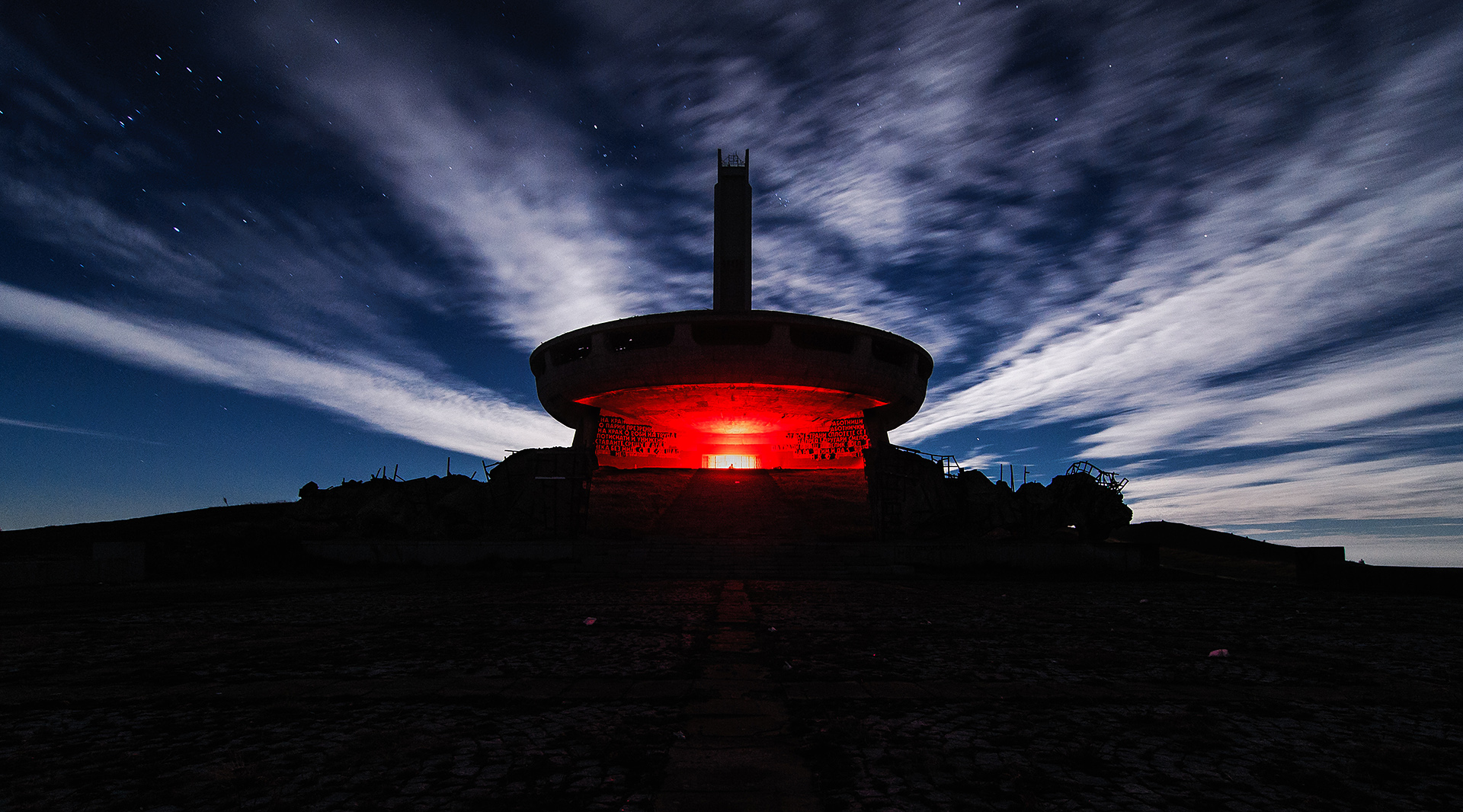 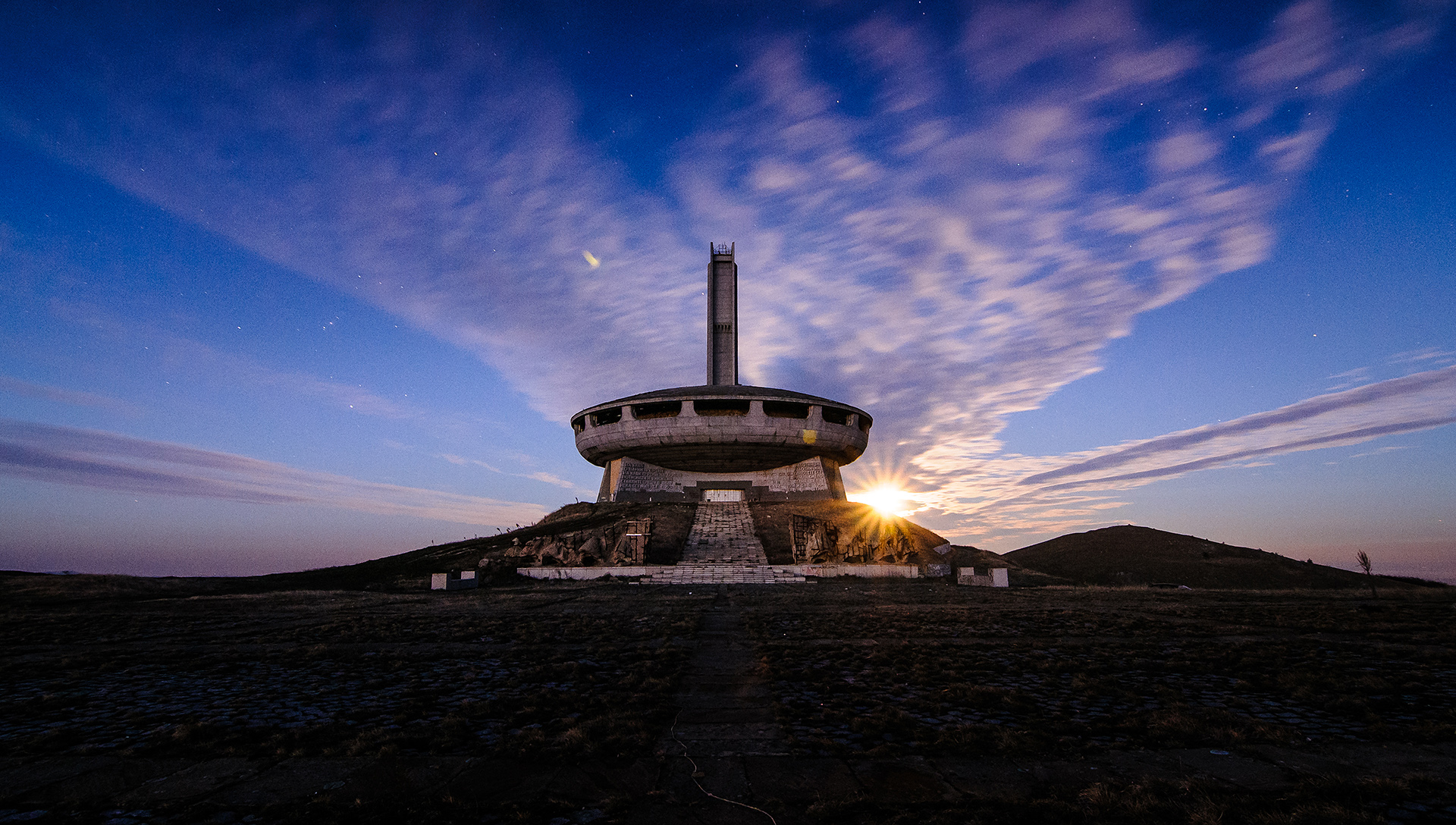 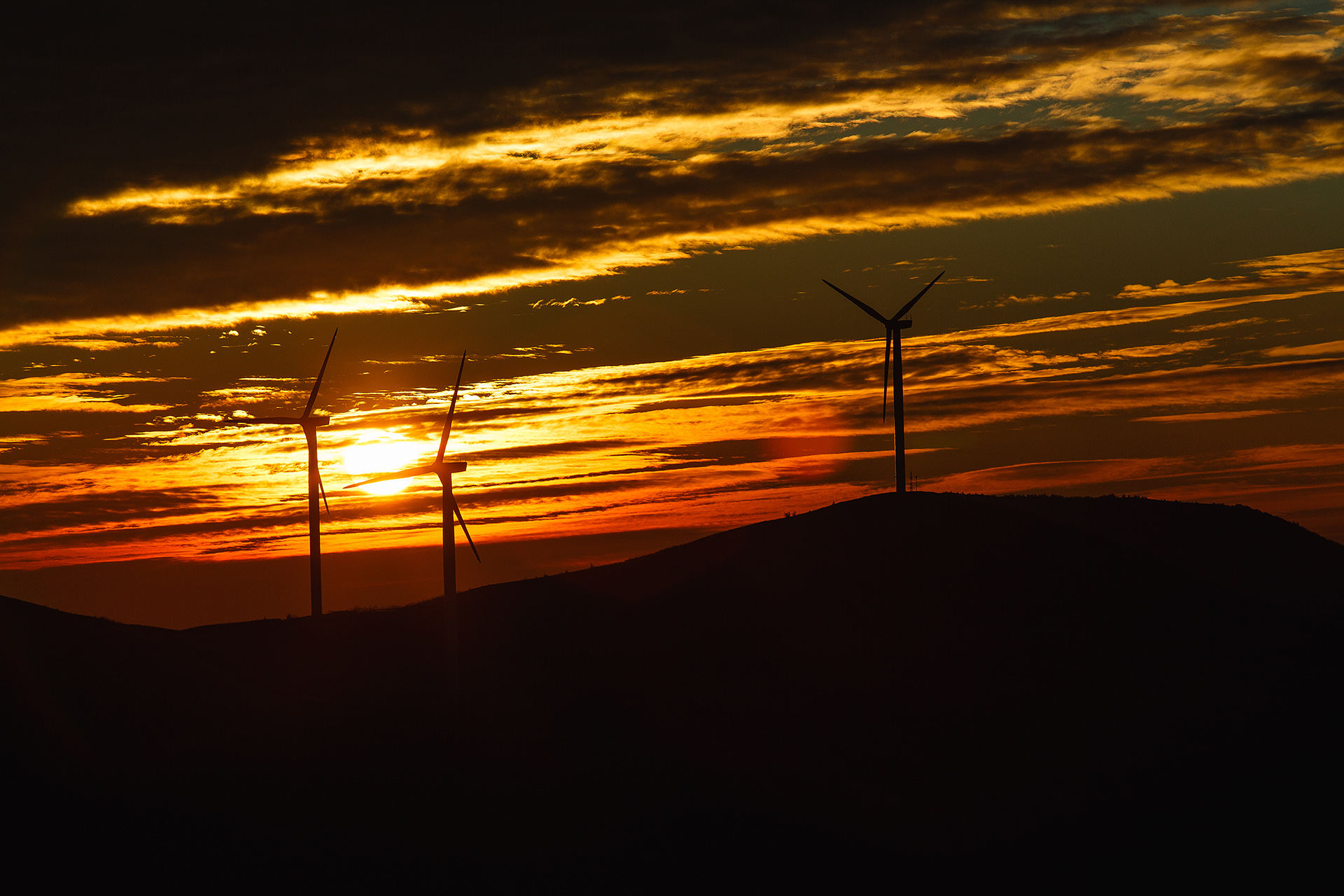 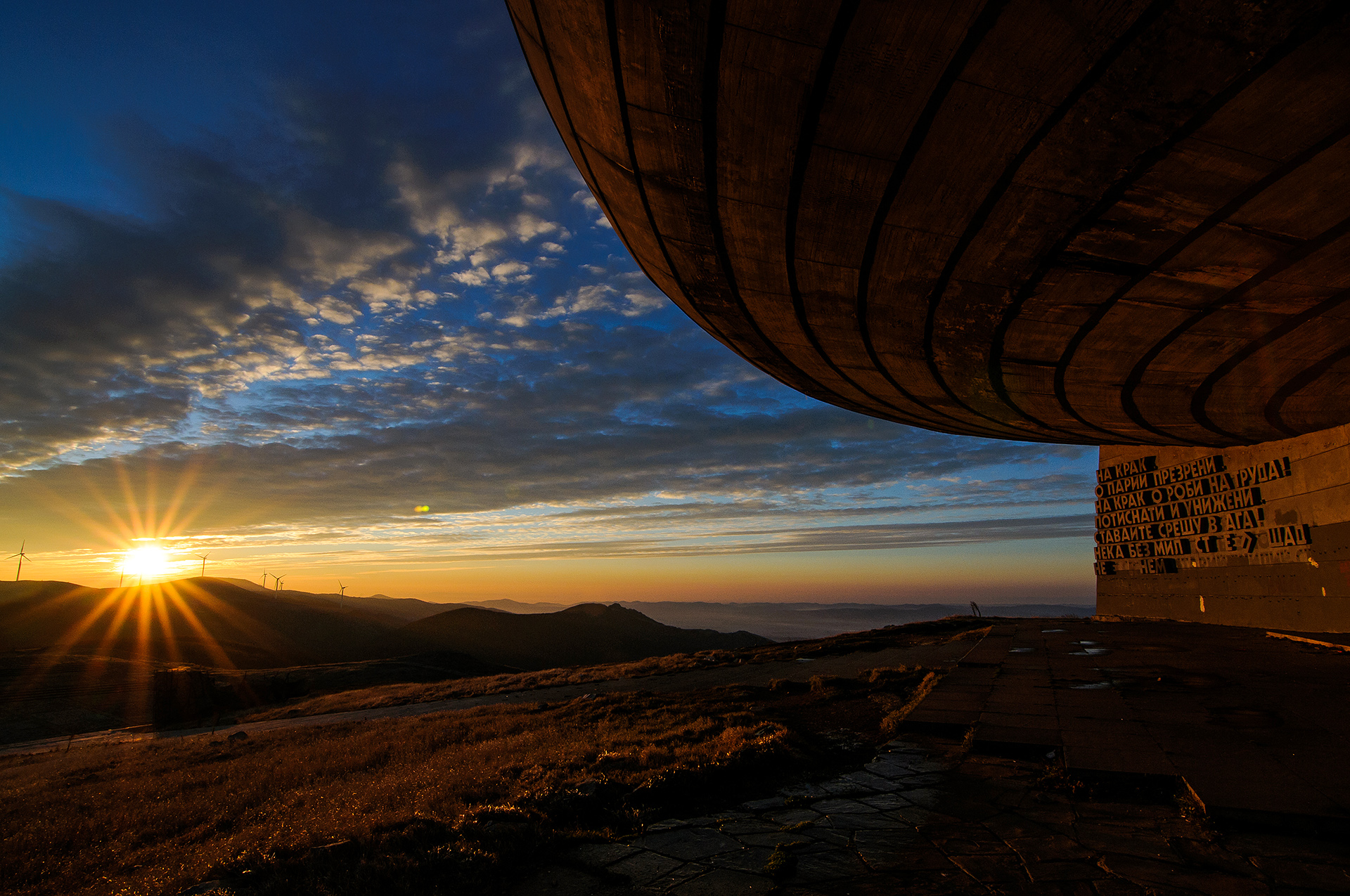 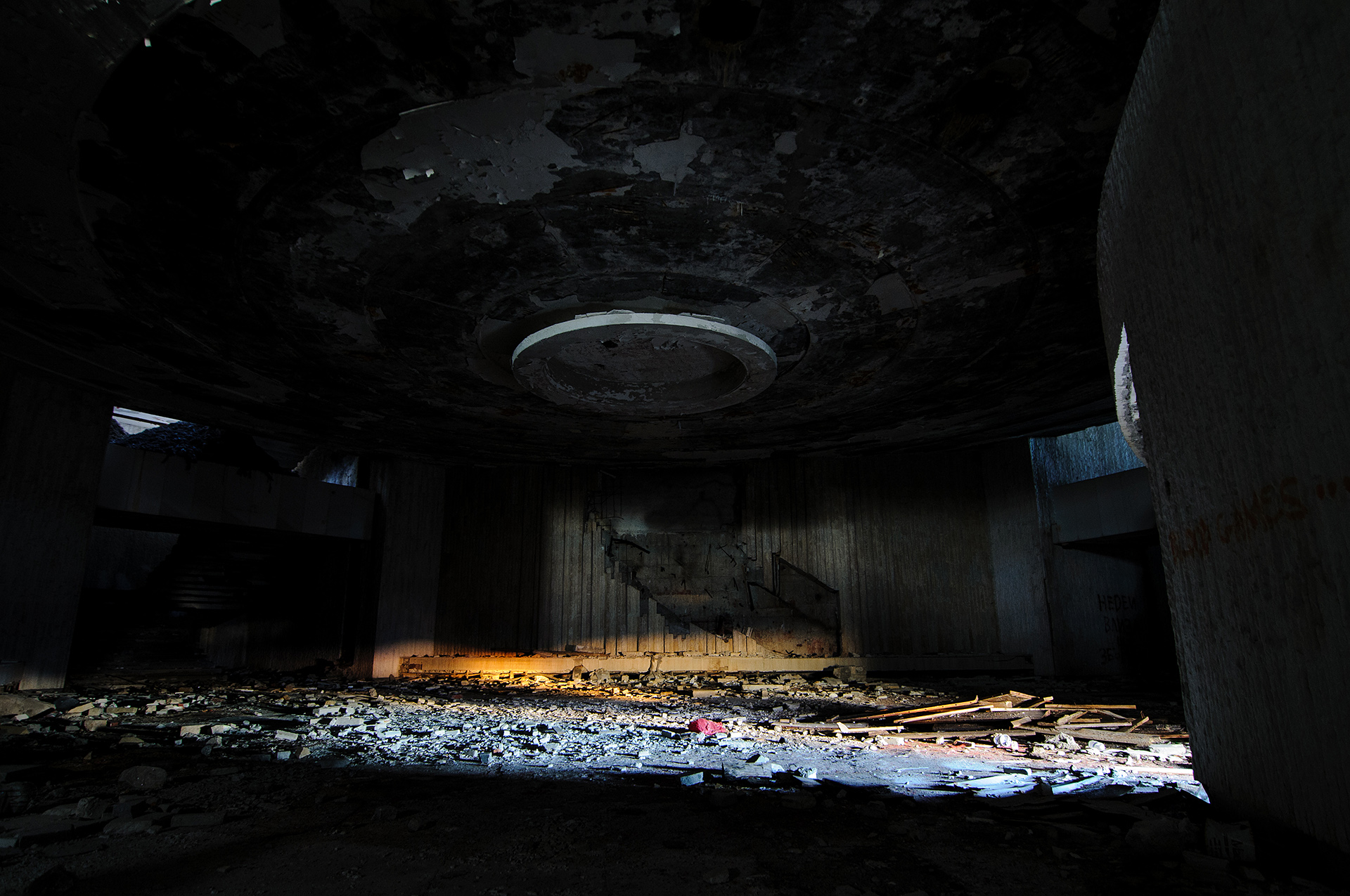 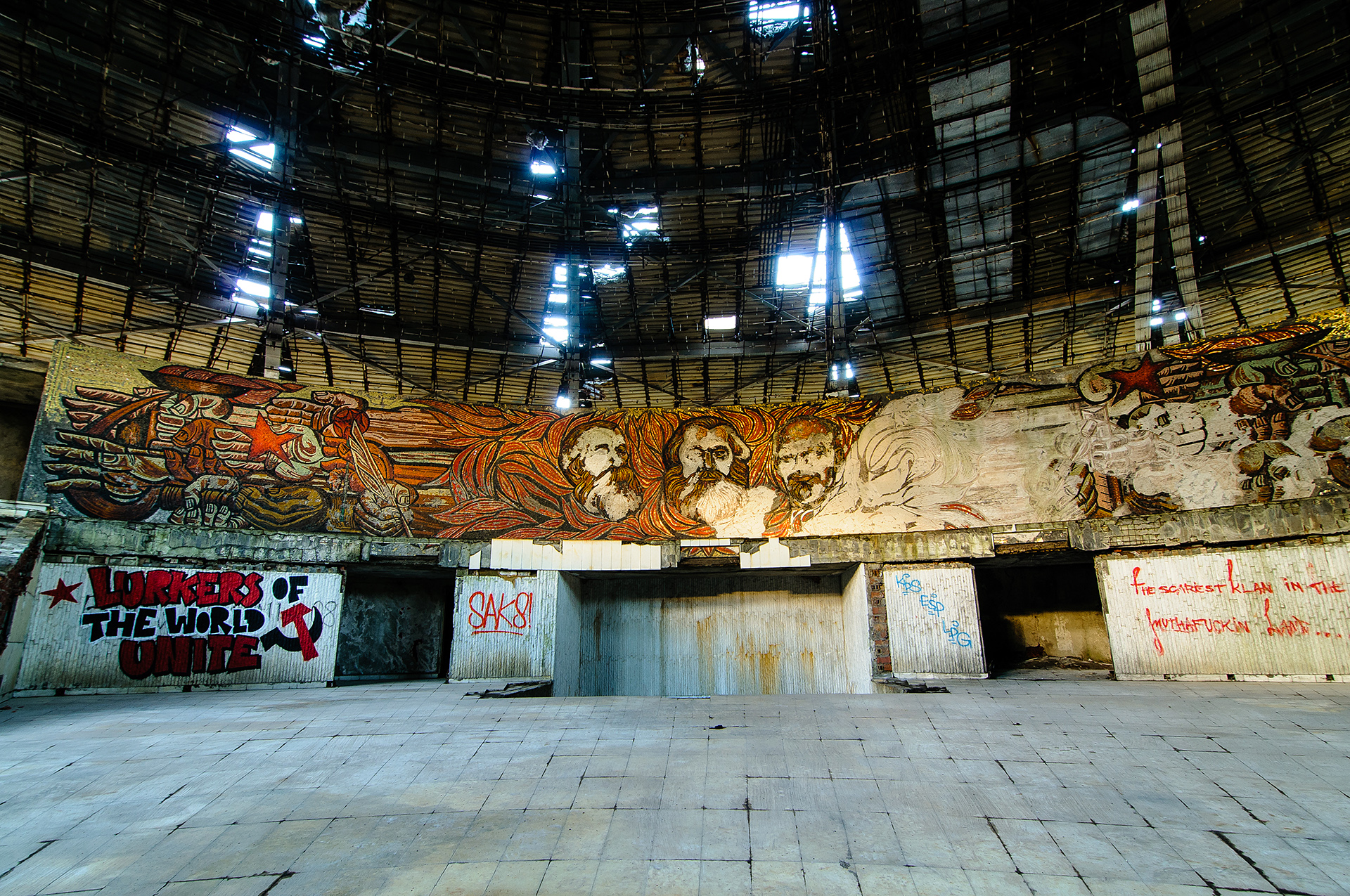 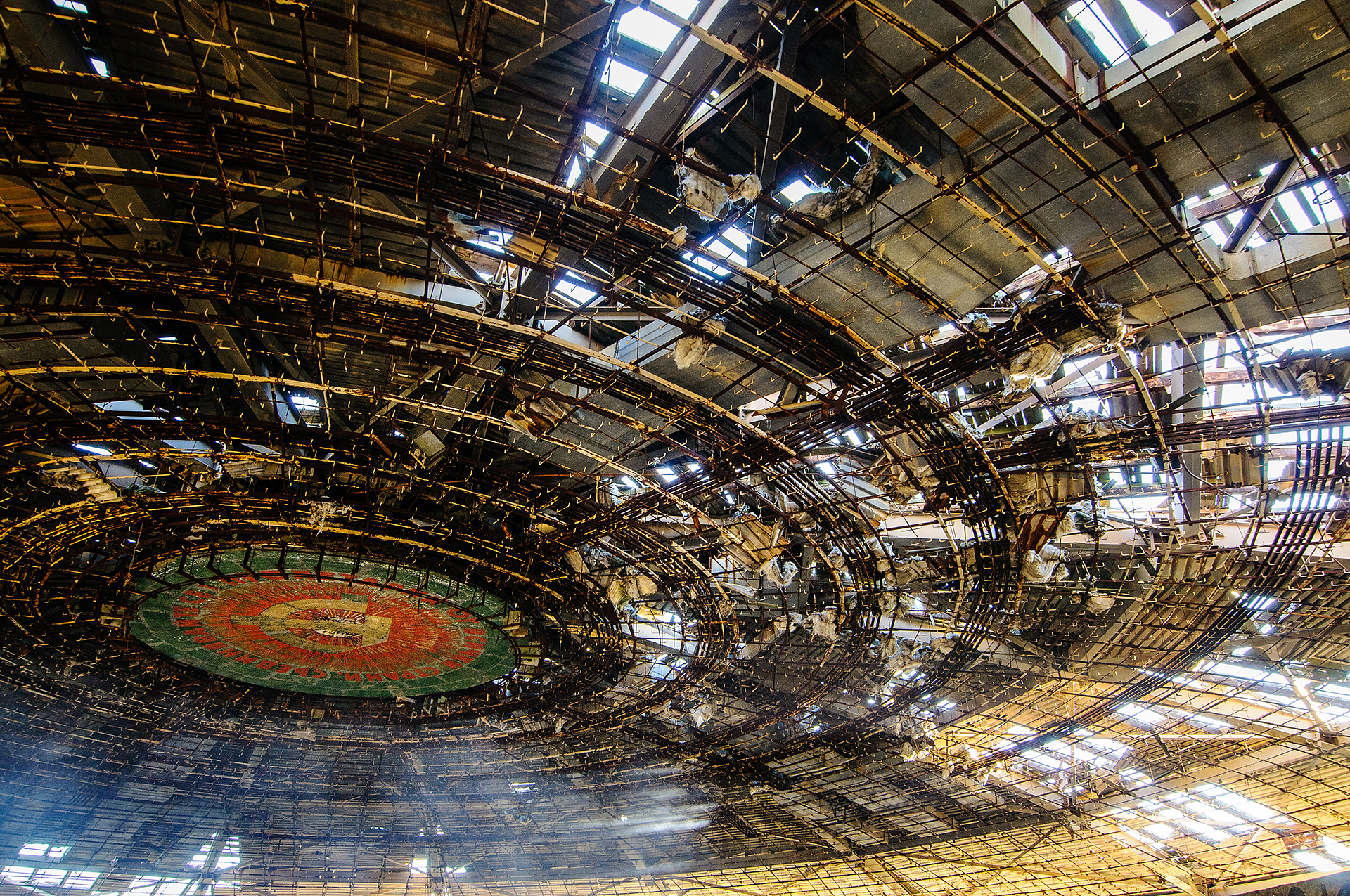 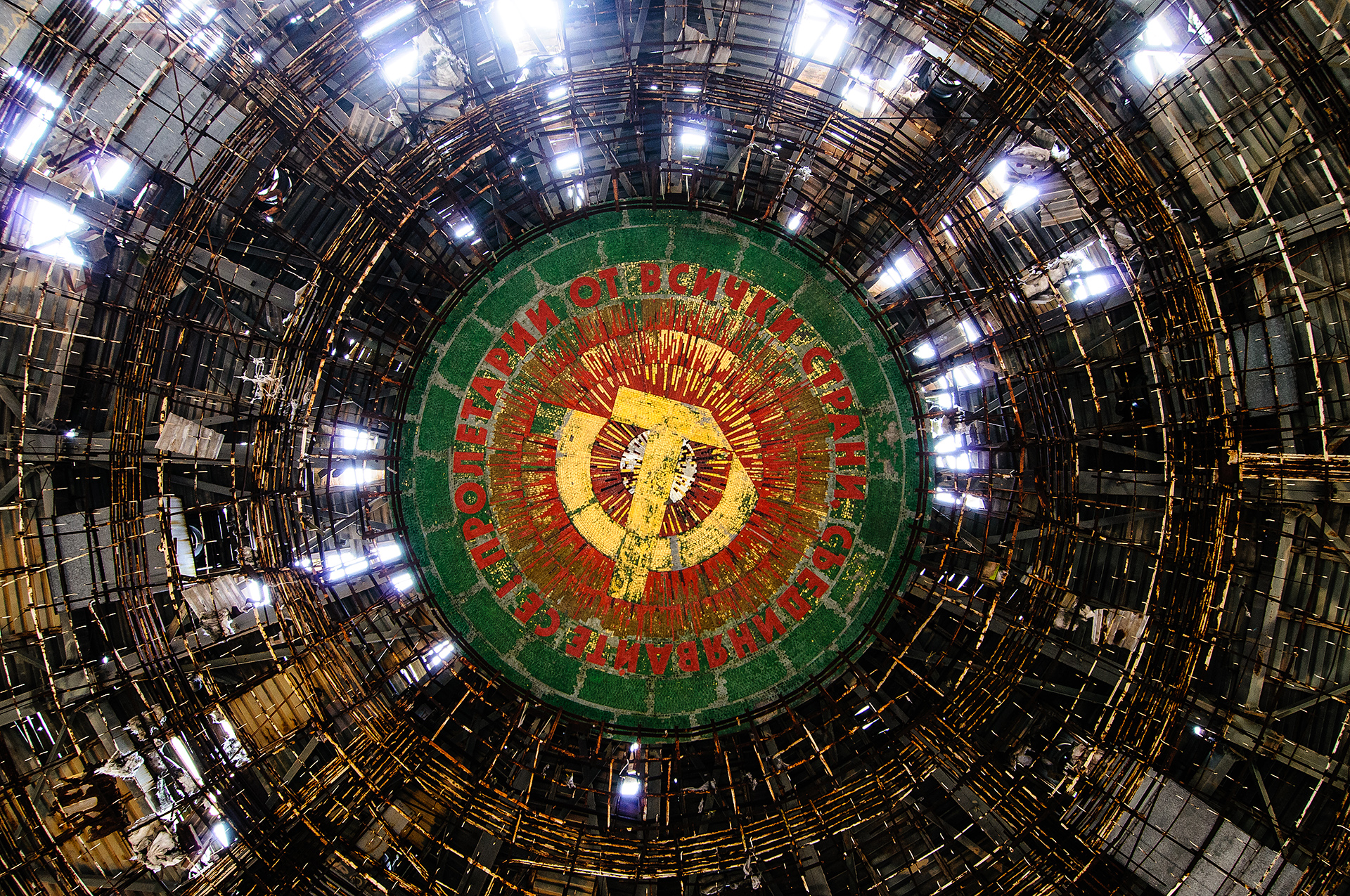 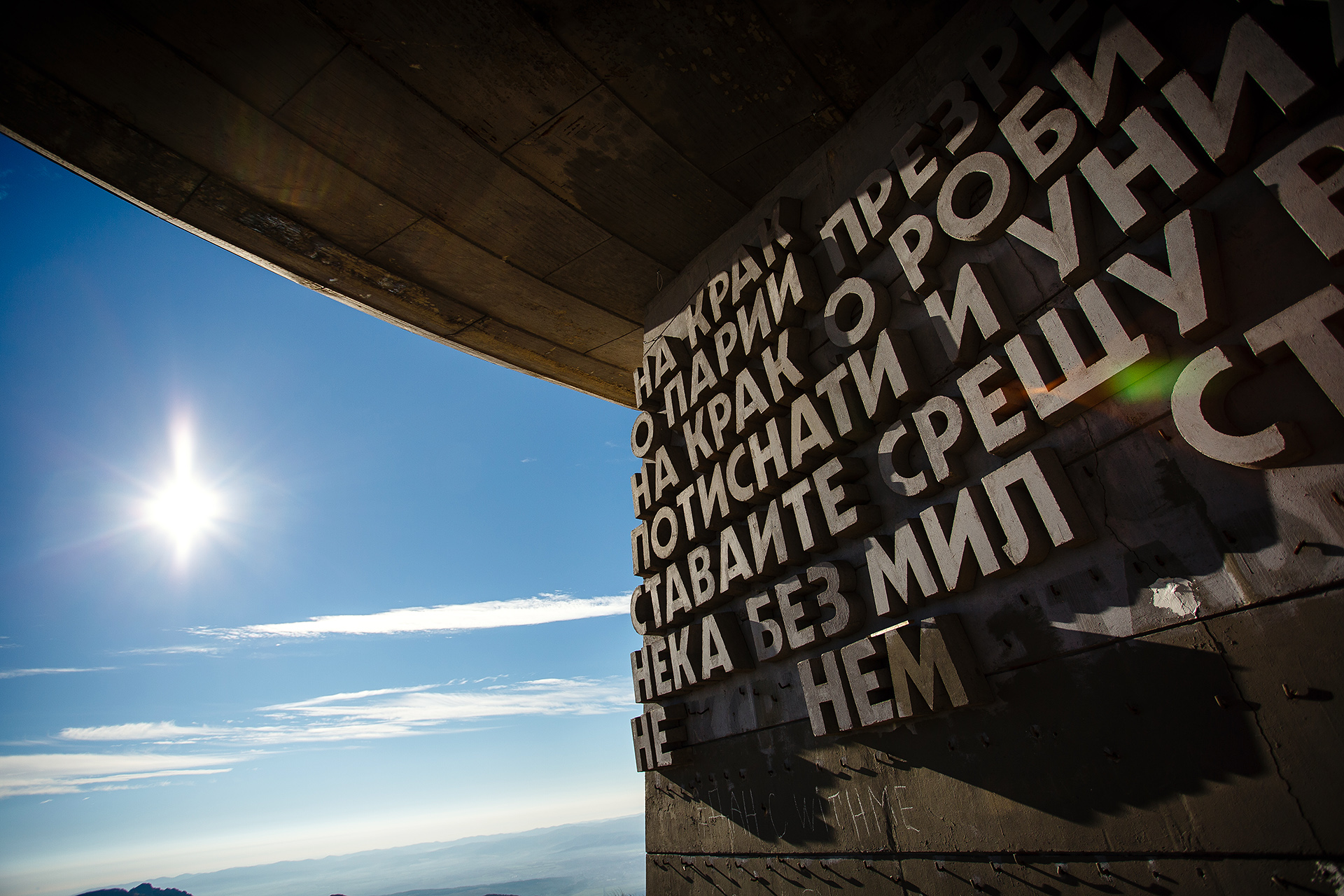 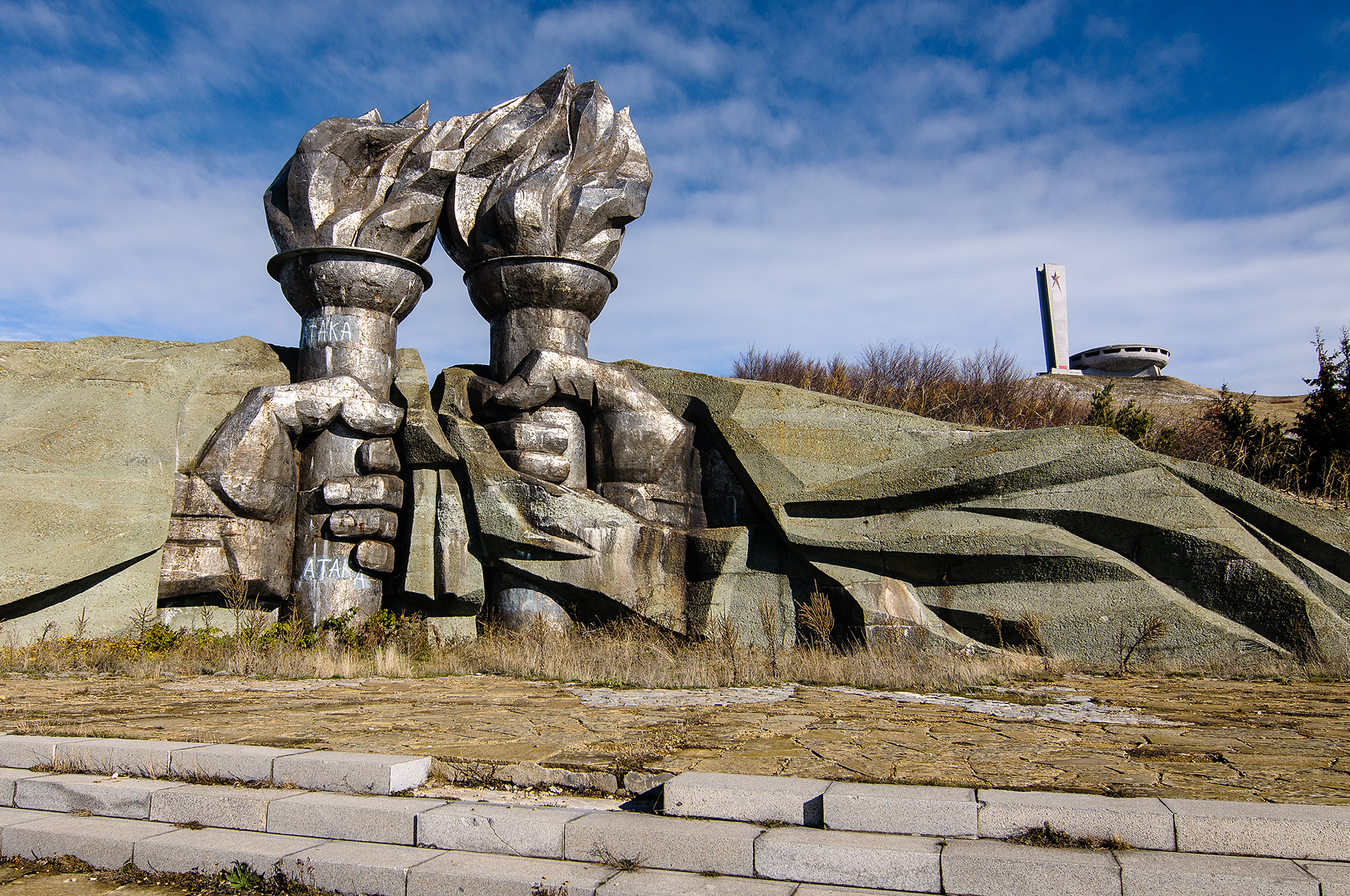